The airport is trying to better portray the city's local culture to fliers just passing through with a new lounge styled like a typical Scandinavian apartment and restaurant with local cuisine.

Airports have often be called ‘non-places’: generic environments such as shopping malls, business parks or gas stations which can be found everywhere and are completely devoid of local identity. Says Hunter Glayton from architecture and design firm Gensler, “Many airports lack a distinct sense of place. They fail to reflect the culture of their host cities, preventing travellers from experiencing their terminals as unique spaces. By not establishing a sense of character within their walls, these airports miss out on an opportunity to elevate passengers’ travel experience.” 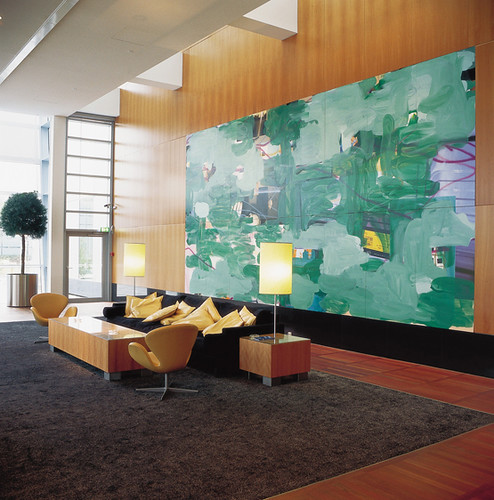 Airports give cities a chance to show travelers’ its best face. Photo by Jacob Batter.

At Copenhagen Kastrup, food & beverage operator SSP has recently opened a new deli concept calledFoodmarket, which is based on Danish nutrition expert Louise Bruun’s 80/20 principle of eating wholesome food most of the time, but also leaving room for less-healthy indulgences.

Tapping into the so-called ‘being space’ trend (as coined by trendwatching.com), Copenhagen Airport in July 2011 also opened ‘CPH Apartment’, a lounge that is inspired by classical Copenhagen luxury apartments with stucco ceilings, herringbone parquet and quality Scandinavian furniture.