City residents’ flooded the port in small boats and lined the sidewalks to show their disdain of the cruise industry, which they believe is responsible for eroding the lagoon and diluting city culture. 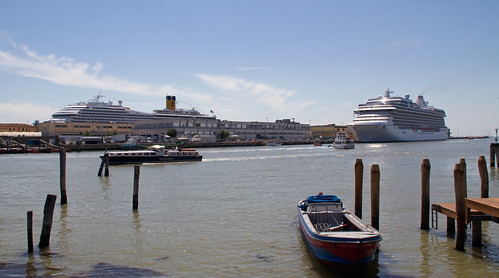