There’s something suspicious about American’s spike in flight cancellations In the past two days, American Airlines has canceled about 5 percent of its flights and it doesn’t appear that weather is a factor (although it was drizzly here at Dallas/Fort Worth Airport on Sunday).

The sharp eye of Gary Leff who blogs at BoardingArea.com noticed the cancellation statistic when running American’s network numbers at FlightStats.com and posed the question if American’s pilots were holding a sick out. 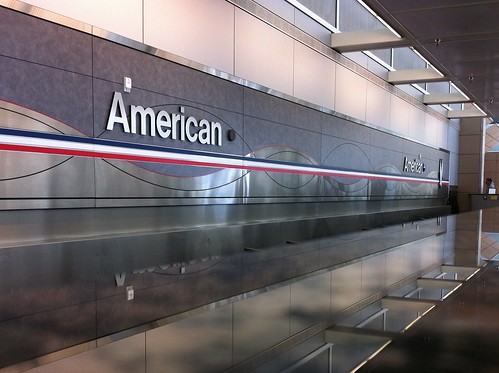 “To say that the pilots at AA are not happy would be the understatement of a lifetime.” Photo by Grant Wickes.

The answer from the Allied Pilots Association is a resounding no.

“No one at APA has either sanctioned or supported any kind of ‘job action’ or sick-out. It is illegal to do so,” said APA spokesman Tom Hoban. “That being said you’ve got 8,000 pilots that are witnessing a handful of senior executives at AA that have chosen, in a very deliberate manner to dismantle and destroy their profession. To say that the pilots at AA are not happy would be the understatement of a lifetime.”

Interestingly, about 30 of the 100 flights canceled on each day are at American’s hub at Dallas/Fort Worth, according to FlightStats.

I’m waiting for a response from American and will post it here if I receive one.