Big companies don’t often play the role of futurist. Sure, you have concept cars, but they’re sort of the exception that proves the rule; at auto shows, it’s pretty much a guarantee that those never-to-be-produced vehicles will make attendees coo with excitement, but part of that appeal is simply seeing a familiar brand put forward an unfamiliar vision. 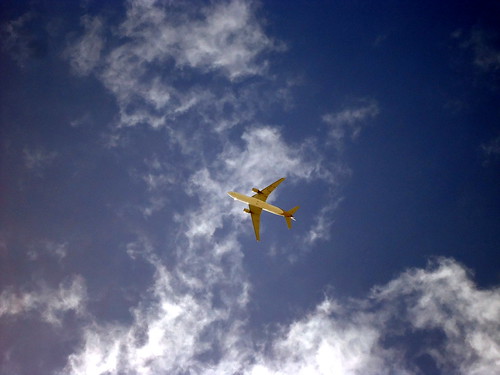 Airbus surveyed over 20,000 people what they want from the future of travel. Photo by Ian Barbour.

That’s why The Future by Airbus is so refreshing. The report, which envisions what a sustainable aviation industry might look in the year 2050, is full of the types of pie in the sky concepts we’re used to seeing from daring student projects, not multinational corporations. So just how strange a future does Airbus have in mind? Well, at least strange enough to include airplanes that fly in fuel-conserving formations, just like birds.

One such idea, dubbed eco-climb, involves machine-assisted takeoff–essentially launching planes into the sky on a motorized track.