Small liquor bottles and duty free are the downfall of many passengers, and it turns out that their tiny allure was enough to turn some airport workers into full-blown criminals.

More than a dozen workers at Kennedy Airport were arrested Wednesday and charged with theft of mini liquor bottles and duty-free merchandise valued at $750,000, authorities said. 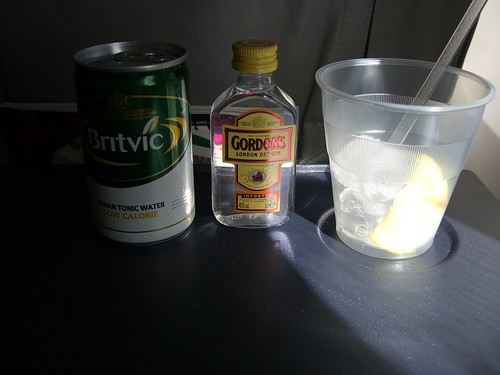 “If a terrorist wanted to breach airport security, the alleged actions of these defendants gave them a backdoor opportunity to do so,” Brown said, noting that these workers had access to airplanes and other secure areas.

Neither security company returned calls for comment and Sky Chef could not be reached.

The DA’s office and the Port Authority inspector general’s office worked together on the theft investigation.

During the probe undercover investigators posing as buyers found that workers stole 100,000 of the mini liquor bottles and duty-free items, such as perfume and cigarettes, and sold them to co-workers, delicatessens and bodegas, according to Brown’s office.

A mini bottle of Irish cream liqueur, vodka, Cognac or scotch fetched between 55 cents and $1.25 when sold on the black market, Brown said. The airlines, however, sell them for up to $7 each, he said.

The security guards, whose job was to inspect the trucks as they come and go through checkpoint areas, were given stolen mini liquor bottles to look the other way, authorities said.

“More egregious is the conduct of three security guards employed to secure, protect and report crimes at JFK International Airport but who also were involved in selling out their positions of trust to line their pockets,” said Robert Van Etten, Port Authority inspector general.

Drivers for Sky Chef were supposed to take unsold merchandise from airplanes and deliver it to an airport storage facility, authorities said. Instead, they put the goods in bags and took it to their own vehicles parked at the employee’s parking lot.

“To avoid searches on the way past airport security checkpoints, the drivers allegedly bribed the security guards with liquor,” Brown said.