Skift Take
The booming aviation industry in Asia is being led by low-cost carriers that may succeed by offering cheaper tickets on flights that also offer perks such as in-flight entertainment and legroom.
— Samantha Shankman
Share
Tweet
Share
Post
Send

Indonesia’s Lion Air said Tuesday it will set up a low-cost airline in Malaysia that will take off in May 2013 as part of an aggressive regional expansion. 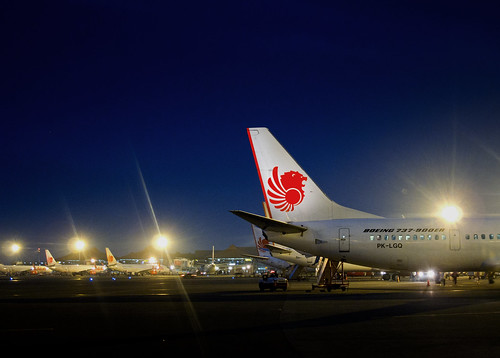 The move will see Lion Air, which controls nearly half the air travel market in Indonesia, playing catch-up to the region’s top budget carrier AirAsia. It follows AirAsia’s recent acquisition of Batavia Air in a bid to tap Indonesia’s 230 million population.

Lion Air will own 49 percent of the new airline, Malindo Airways, and Malaysia’s National Aerospace and Defence Industries the remaining 51 percent.

Lion Air President Rusdi Kirana said Malindo Airways will start flying between the two countries with a fleet of 12 new Boeing 737 planes in May, before expanding to other cities in Southeast Asia.

He said 12 planes will be added each year to bring the total fleet to more than 100 in a decade. This includes adding Boeing 787 Dreamliner jets by 2015 to fly to routes in China, Japan and Australia, he said.

Rusdi said tickets prices will be competitive, either in the same range as rival AirAsia or “even lower.” The airline’s planes will be fitted with a lower-than-usual 180 seats coupled with inflight entertainment and light meals, he said. It aims to offset lower revenue per plane due to fewer seats with higher frequency flights.

“The idea is to build passenger growth by giving them affordable prices and better service,” Rusdi told a news conference.

Lion Air, which began operations in 2000, currently flies to destinations in Indonesia, Singapore, Malaysia, Vietnam and Saudi Arabia. With a 15,000-strong staff, it operates a fleet of 100 aircraft and has 382 planes on order.

Apart from Malindo Airways, the airline is also setting up a full-service carrier in Indonesia named Batik Air, which will start operations in March next year.

Malaysian Prime Minister Najib Razak said at the signing ceremony that air traffic in Asia-Pacific is expected to grow 6.7 percent annually in the next 20 years, from 780 million passengers in 2010 to some 2.2 billion by 2030. This will make up about 34 percent of global passengers, he said.

Najib said the formation of the new airline was a timely move to meet the burgeoning market demand and provide “healthy competition” in the budget air travel industry. Malaysian officials said the joint venture will also help the country reach its aim of becoming a regional aviation hub, competing with Singapore and Thailand.

Lion Air will manage the airline while its Malaysian partner will handle training and aircraft maintenance.