Skift Take
The 650 km route may be the first of many, but as government planning progresses with international companies bidding for the build, it may be several years before any tracks are laid.
— Samantha Shankman
Share
Tweet
Share
Post
Send

India’s Railways Ministry says it expects to begin work soon on a detailed project report for the country’s first high-speed line with the aim of inviting global tenders for the Rs 650bn ($US 11.8bn) Pune – Mumbai – Ahmedabad project by November 2013. 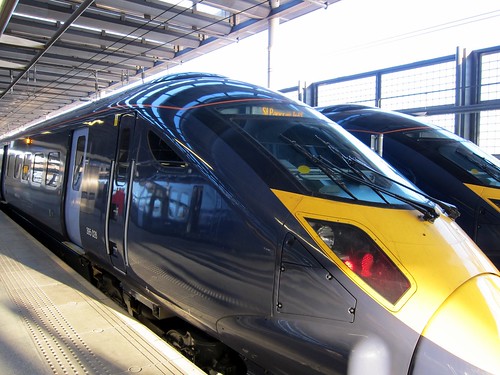 There is a potential of 35 high-speed route planned for India. Photo by Jon Curnow.

A pre-feasibility report jointly conducted by a consortium of Systra, France, Italffer, Italy, and Rites, India suggests annual ridership on the 650km route would be around 1.1 million.

Meanwhile, the Indian government is also moving ahead with plans to establish a National High Speed Rail Authority (NHSRA). A bill to create this body, which will act as a facilitator and regulator for the high-speed network, has been prepared and is expected to be processed by parliament in November.