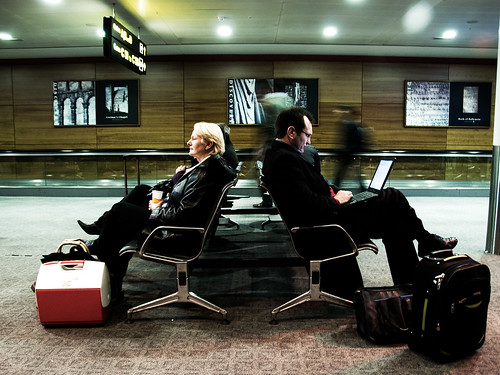 It’s good news for travelers, but LAX is not breaking new ground.

Until last week, visitors to LAX had to pay a fee, starting at $9.99 an hour, to jump on the Web. Now LAX visitors get free Wi-Fi for 45 minutes of regular access, or they can pay $4.95 for an hour of high-speed service or $7.95 for an uninterrupted 24-hour period.

Airport officials acknowledge that LAX _ the nation’s third-busiest airport _ is not the first to jump on the free Wi-Fi train.

“Given passenger expectations and trends at major airports and other public facilities, providing free Wi-Fi service at LAX allows us to meet the demands of today’s travelers,” airport Executive Director Gina Marie Lindsey said in a statement.