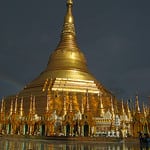 Skift Take
Burma’s tourism has skyrocketed in the past year, and is now at a crossroads between hotel growth for mass tourism, or keeping rooms limited to maintain a more authentic travel experience.
— Samantha Shankman
Share
Tweet
Share
Post
Send

The Ministry of Hotels and Tourism recently ordered all foreign-owned hotels to cap their basic room rate at US$150 a night, in response to fears that demand-driven price rises were damaging the country’s reputation among overseas travellers.

The policy has been criticised by hoteliers, some of which have refused to bow to the ministry’s demands. The Sedona Hotel Yangon, for example, continued to charge guests up to $220 a night, prompting the ministry to take action. In a letter to the hotel’s Singaporean owners seen by Telegraph Travel, the ministry said that if the general manager, Saman Sarathchandra, did not comply, he would not be allowed to enter the country for six months.

“In this period, you are kindly requested to replace [sic] someone who can manage the hotel in the place of Mr Saman [Sarathchandra]. We will observe and take serious action if there is no progress upon our instruction,” the ministry added, saying that if progress were made, Mr Sarathchandra would be allowed to return. 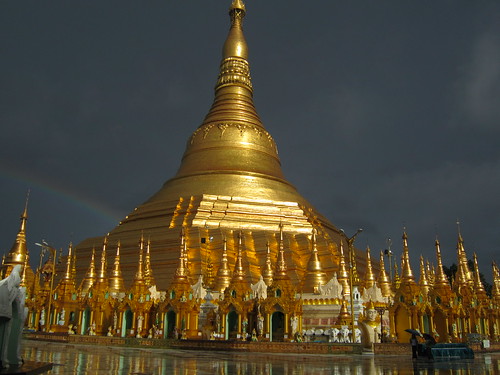 The $150 room rate cap would only apply to basic rooms at foreign-owned hotels. Photo by eGuide Travel.

Burma has become increasingly popular as a holiday destination since the release last year of the pro-democracy leader Aung San Suu Kyi, with many publications – including Telegraph Travel – tipping it as one of the top places to go in 2012. About 390,000 foreign holidaymakers visited the country in 2011, including 7,300 Britons. That number is expected to rise to 500,000 this year, with tour operators, including Explore and the Ultimate Travel Company, reporting “overwhelming” interest. The trend is likely to continue, and this week Singapore Airlines announced that it is to begin daily flights from the city-state to Yangon (Rangoon).

Hoteliers have attempted to take advantage. Some have raised rates by as much as 200 per cent, others have been accused of breaking their contracts with travel agents by increasing prices at short notice.

Such actions prompted the ministry to issue its order, which says that room rates should compare favourably with those on offer in neighbouring countries such as Thailand and Laos.

While some have welcomed the cap – one manager said this week that high room rates were “killing” tourism in Burma – others say that such a heavy-handed approach is undermining the industry.

The rate cap applies only to “basic” rooms at foreign-owned hotels. Locally run guesthouses can continue charging whatever they like. Many foreign-owned hotels are simply denying that they have basic accommodation available, instead offering more luxurious rooms.

One Yangon hotelier, who asked to remain anonymous, said the government’s approach was “not serving the country or the industry in a positive fashion. If anything, it will scare investors”.

He added that, rather than attempt to stop hotels from exploiting Burma’s new-found popularity, the government should tackle the more pressing problem of a severe shortage of rooms.

Just 25,358 hotel rooms are registered across the country, 8,152 of them in Yangon. In the popular destinations of Bagan and Nyaung Shwe, by Inle Lake, there are just 2,097 and 937 rooms respectively. Experienced tour guides are also said to be in short supply, and the peak season for travel to Burma begins in November.

Parik Laxminarayan, founder of the tour operator Enchanting Travels, said he did not want to see Burma go down the road of mass tourism, but conceded that the shortage of rooms was driving up prices. He said several hotels were due to open in the next year or two, which could ease the problem.

Regarding the rate cap, he said a balance had to be found: “Travellers will criticise the destination if they don’t find value, but a strict cap of $150 will undoubtedly discourage much-needed investment.”