Bin ads are nothing new, but the TSA would be clever to get more airports working with advertisers to cut costs on security equipment. A Victoria's Secret sponsored backscatter X-ray machine anyone? 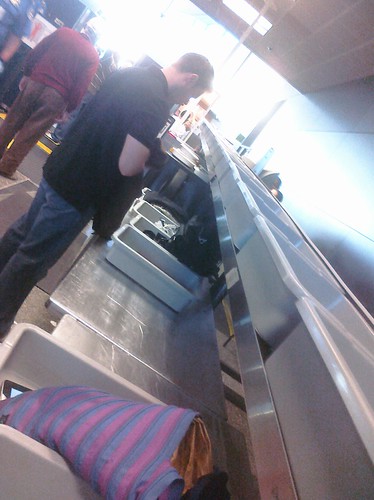 The airport plans to join roughly 40 other airports, such as Nashville and Chattanooga, in selling the ads. Among the advertisers has been online shoe retailer Zappos.

The ads could generate as much as $250,000 annually, said airport general manager Louis Miller. The U.S. Transportation Security Administration started a bin advertising pilot program in 2007, and it has been an option for airports nationwide since 2008.