FirstGroup rail boss to Richard Branson: Passengers like us more than Virgin Knowing that it can't compete with Branson when it comes to press manipulation, FirstGroup has held its fire until the time was just right. And pointing out that Virgin is late and not well liked is exactly the right attack at this point.

Sir Richard Branson came under a scathing attack last night over his stewardship of the West Coast main line as he faced further rebuffs in his efforts to hang on to the franchise.

He made a last–ditch appeal to David Cameron to intervene to delay the signing of a new contract with First Group to replace Virgin Trains on the route. 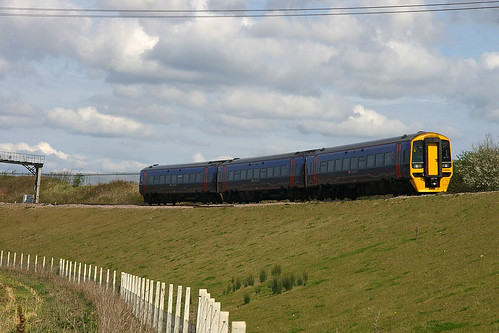 Sir Richard was also ready to increase the stakes by mounting a legal challenge to try to block the deal between the Department for Transport and First Choice.

But he was taken to task by Tim O’Toole, chief executive of First Group, who castigated him about Virgin’s performance as West Coast operator.

Mr O’Toole said that under Virgin’s stewardship the line had “experienced the poorest punctuality and reliability of any route in the country, while our franchises are all above 90pc”.

He added: “Virgin has also had higher levels of passenger complaints filed against it than all four of First’s franchises put together.”

Sir Richard urged the Prime Minister to intervene and “get some sense” into the Department for Transport, which is poised to sign the contract with First Choice this week.

He has offered to continue running the line for free, pending an independent review of the new contract.

Justine Greening, the Transport Secretary, sees no need to review the contract. Downing Street yesterday repeated her assertion that “no reason” had been advanced to convince the department not to sign the contract, when asked whether the Prime Minister would respond to Sir Richard’s plea.

Labour has backed Sir Richard’s call for a delay until parliament resumes, but all the signs are that the Government will try to avoid any further political damage by quickly signing the contract.

A petition urging the government to reconsider changing the operator of the West Coast Mainline has attracted more than 135,000 signatures, well over the 100,000 needed to trigger a debate in Parliament.

British Tourism to Spain Spikes in Tandem With Covid Infections

Vaccines have made this summer less deadly than the previous one, but we're still a long way away from normal summers and tourists not putting locals (and friends back home) in harm's way.