Skift Take
[Insert sound of cheering here.] Accor has realized that it won’t have to spend much on advertising this season since both new and old customers will tell all their friends about the free Wi-Fi at its properties.
— Jason Clampet
Share
Tweet
Share
Post
Send

The French company, which owns the Ibis, Mercure, Sofitel and Novotel chains, made the announcement after a survey revealed that the availability of free wifi was a key factor when choosing a hotel for the majority of travellers.

Despite the growing availability of free wifi at pubs, cafes, and even branches of McDonald’s and Starbucks, the hotel industry has appeared reticent to offer the service, but the move may encourage other firms to follow suit. 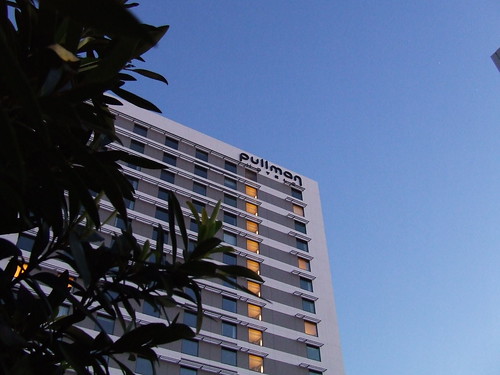 Pullman, an Accor hotel, in Sydney. Photo by Simon Clancy.

A study carried out by Telegraph Travel earlier this year revealed that around two thirds of hotels around the world still charge guests for wifi access, with rates as high as £8.50 an hour.

Luxury hotels in London were found to be the worst offenders, with several charging £20 for 24 hours’ wifi access. These included The Dorchester, Grosvenor House and the Firmdale group – which owns six upmarket hotels in London, including The Haymarket and Number Sixteen. Budget chains such as Holiday Inn were also found to be charging guests up to £15 a day in Britain and £20 a day in Europe, while Accor was found to charge guests £3.85 per hour at its various properties.

In a subsequent poll of Telegraph Travel readers, less than two per cent said that hotel’s wifi charges were ‘fair’, and the high charges have seen hotels accused of profiteering. The internet service provider TalkTalk estimated that the cost to a business, such as a hotel, of providing broadband internet to its guests, would range from £10 a month for a small property to £300 a month for a 100-room property, or £700 a month for a larger, 300-room property. Therefore, at the 195-room Dorchester, for example, where room rates start at around £300 a night, the monthly cost of providing Wi-Fi to the entire hotel is likely to be covered by two bookings, or around 30 people purchasing a day’s wifi access.

Accor’s decision follows a survey by the hotel booking website Hotels.com, which suggested that 38 per cent of travellers won’t book a hotel unless wifi access is free of charge.