Aer Lingus can argue all it wants about its true value, but the reason Ryanair is on its third bid for the carrier is that the latter is in much better fiscal condition than the airline that's begging for public support to shoot down the bid.

The Irish flag carrier is on the end of its third takeover bid from Ryanair, which is offering euro 1.30 a share for the 70 percent of the business it does not already own.

Aer Lingus said that offer was worth less than the gross cash it holds, which amounts to euro 1.96 a share. 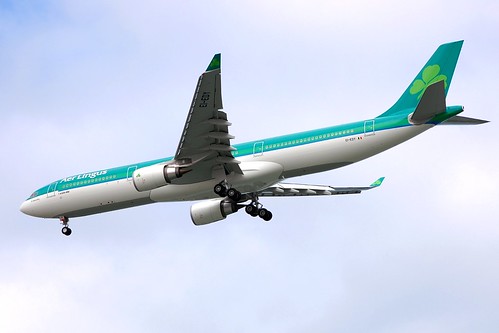 It said: “Aer Lingus is a strong and profitable airline with a proven business model; a strong balance sheet; and an internationally recognised and valued brand.”

It said the offer “fundamentally undervalues the business”, which had a net asset value of euro 1.48 per share at the end of June. And it noted that this value did not include its valuable take-off and landing slots. Aer Lingus also said “due to the scale and extent of competition issues” it again expects the European Commission to block Ryanair’s takeover.

If it were to succeed the merged airlines would control 90 percent of Ireland’s air traffic. Ryanair’s stake in Aer Lingus is also being investigated in this country by the Competition Commission.

“The board reaffirms its recommendation that shareholders should reject the offer,” Aer Lingus said.

Its shares were unmoved at euro 1.09.