We've been beating this drum here for a while now: the future of aviation is where the numbers show it is.

Middle East carriers continued to buck the slowdown in global air traffic growth with a surge in demand that outpaced capacity expansion in June, the International Air Transport Association, or Iata, said on Thursday.

“Middle East carriers were the strongest performers in June with a passenger demand growth of 18.2 per cent outstripping a capacity expansion of 13.4 per cent,” the Iata said. Load factors stood at 78.6 per cent.

“In contrast to the overall market, the growth trend in this region has been robust throughout 2012, gaining a further 1.9 per cent in June compared to May,” the Geneva-based body said. 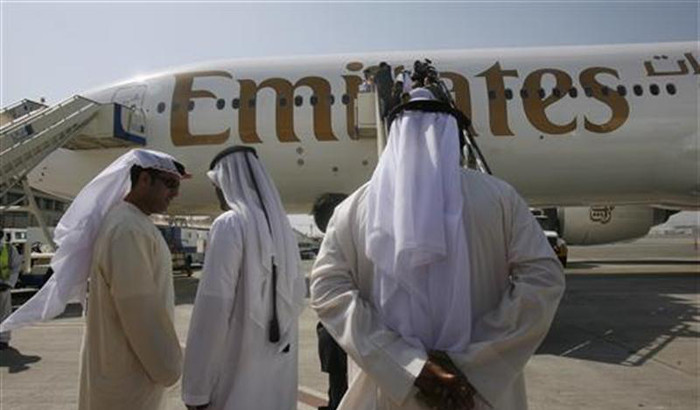 International air travel demand rose 6.2 per cent in June year-on-year, although persistent economic uncertainty has led to slower growth rates than earlier in 2012, the Iata said.

Capacity grew by a much more cautious 4.5 per cent leaving load factors at 81 per cent.

Iata chief executive Tony Tyler was cautious about the outlook for the industry because of question marks over European growth.

“The uncertainty that we see in the global economic situation is being reflected in air transport’s performance,” Tyler said in a statement. “Although there are some pockets of solid performance, it is difficult to detect a strong trend — positive or negative — at the global level.”

“Passenger markets have been growing more slowly since the beginning of the year and freight markets gains have been mostly very weak. The net effect is a demand limbo as consumers and businesses hedge their spending while awaiting clarity on the European economic front,” said Tyler.

June demand in international passenger markets was up 7.4 June on the previous year. The growth trend, however, shows little promise.

European airlines experienced strong growth in June at 7.3 per cent. North American airlines saw 1.6 per cent growth in demand while capacity was cut by 0.3 per cent compared to the previous June.

Asia-Pacific carriers reported a six per cent growth in demand which was more than double the 2.9 per cent expansion in capacity for June.

Latin American airlines also performed well in June, recording an 11.2 per cent gain in demand compared to the previous year. African carriers showed growth of 10.1 per cent, slightly behind a capacity expansion of 10.6 per cent.

In domestic passenger market sector, all markets, except India, showed an expansion in demand in June compared to the previous year.

India’s domestic travel fell by 0.7 per cent in June even as capacity expanded by 4.5 per cent. Japan’s domestic market continues to look flat.

Brazil recorded domestic demand growth of 13.8 per cent, double the capacity expansion of 6.5 per cent and a load factor of 71.1 per cent, Iata said. ___