Despite some worrisome early numbers, we won't know whether London '12 will be a Barcelona '92 or a Montreal '76 until some months after the games conclude. 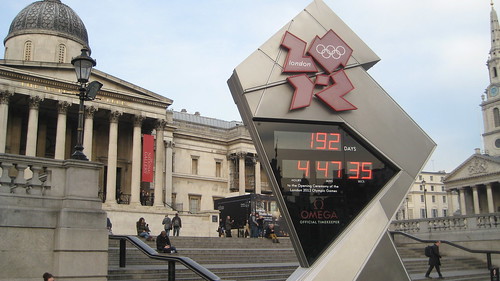 The London Olympics will boost Britain’s economy by more than £13 billion over the next four years, David Cameron will declare this week.

The Prime Minister will make his claim in a speech on Thursday in which he say the challenge is to “turn these Games into gold”.

He will say that the expected boost to the economy will come from increased orders for British businesses, which will be showcased to the world in a series of events over the summer, and extra tourism.

The Games, which begin this month, are costing around £9.3 billion of taxpayers’ money to stage, but Mr Cameron will insist they should not be seen as an “expensive luxury” and that the money they generate will overtake the cost.

In his speech, which will be his only major Olympic intervention before the opening ceremony on 27 July, the Prime Minister will emphasise that infrastructure for the event has been built on time and under budget by companies 98 per cent of which are British.

He is expected to say: “The Games will be great for Britain. They will also be great for our economy. We shouldn’t see them as an expensive luxury in tough times.

“It is precisely because times are tough that we have got to get everything we can out of them to support jobs and growth in the economy.

“That’s my mission for London 2012. It’s what I’ll be devoting my energy to over the coming weeks: drumming up business for Britain, selling Britain to the world on the back of British success.”

Alongside the Games, the Government will be hosting a global investment conference and 17 global business summits this summer at Lancaster House in London.

Some 22 ministers will be at these events, which are designed to bring together British businesses with potential investors and trading partners from overseas.

The Government expects to see an immediate £1 billion for the economy from deals generated by these events. The forecast £13 billion boost to the economy over four years includes £2.3 billion of spending from extra tourism.

Mr Cameron will say that the challenge now is “to make sure we turn these Games into gold, to secure an economic boost for Britain that more than pays for the cost of putting them on.”

BLOB: Millions of pounds diverted from charities to pay for the London 2012 Olympics will not be returned to voluntary groups for around 15 years, it has emerged.

Lottery revenues worth £675 million were reallocated to the Olympics in a 2007 deal, under which the money was to be returned to the originally-intended recipients using the proceeds from selling off Olympic assets.

But John Penrose, the Olympics minister, has now said that “Given the timescale of the development programme … the distributors should start to receive payments in the mid-2020s.”

Dozens of charities have joined an umbrella group called the Big Lottery Refund to call for the money to be returned sooner.